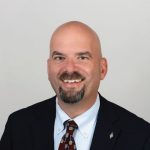 Over the course of my thirty-plus years of work with nonprofit/public chief executives, one of the more dramatic CEO role shifts I’ve observed has been the transformation of Ms. Inside to Ms. Outside.  It’s now widely recognized in all sectors that an organization’s CEO should devote at least half, and probably significantly more, of his time to external relations, wearing what I call the “Connector-in-Chief” hat.  And there’s pretty universal agreement that – in this era of pervasive skepticism about, and suspicion of, institutions – woe be unto the nonprofit organization whose chief executive thinks she can get away with delegating the Connecter-in-Chief role to a public relations or marketing department.  Not that the CEO can carry the external relations ball alone, of course; handsome brochures and well-crafted press releases can help shape public opinion.  But making a major, enduring impact on public opinion and building productive, high-stakes alliances inevitably rely on the CEO’s stature and authority.

The video interview I recorded recently with Orion Bell, President and CEO of the prestigious Benjamin Rose Institute on Aging, headquartered in Cleveland, Ohio, focuses on what is arguably the most important facet of the Connector-in-Chief role:  building and maintaining positive, productive, and enduring relationships with your nonprofit’s highest-stakes external stakeholders.  My definition of an external stakeholder is simple:  an organization with which it makes sense for your nonprofit to maintain a working relationship for the simple reason that something important is at stake , such as money or political backing.  For example, in Greater Cleveland, the Cleveland Foundation – one of the five largest community foundations in the country – would be a top-tier stakeholder of any nonprofit heavily dependent on non-fee and non-governmental revenue.

Orion’s interview is a treasure trove of tricks of the stakeholder relations trade that our readers can put to practical use.  For example, one that I found especially interesting is Orion’s practice of routinely researching the background of a stakeholder CEO before their first meeting to identify common ground, such as a shared professional experience or a mutual interest, as a conversational ice-breaker  I was also impressed by Orion’s capitalizing on his Board members’ wealth of knowledge and experience in fashioning his stakeholder relations strategies.  For example, he has relied on Board members to flesh out his understanding of the unique internal cultures of particular stakeholder organizations and what makes their CEOs tick.

By the way, as more and more nonprofit CEOs have embraced the Connector-in-Chief role with gusto, I’ve seen a significant increase in the number of nonprofits experimenting with an executive leadership structure widely employed in the for-profit sector:  an executive office consisting of an externally-focused CEO and a Chief Operating Officer charged with overseeing and directing all internal operations.  Our readers might want to take a look at three recent posts that have examined the CEO-COO structure in practice:  https://www.dougeadie.com/cotas-board-chair-and-ceo-talk-about-breaking-the-traditional-ceo-mold/; https://www.dougeadie.com/ceo-coo-partnership-thriving-paying-big-dividends-astor-services/; and https://www.dougeadie.com/ceo-suzanne-mccormick-on-getting-the-ceo-coo-partnership-right-at-united-way-suncoast/ .