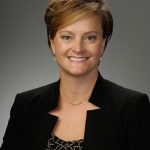 As I noted in the July 25 post at this blog, turning nonprofit boards into really cohesive governing teams is no piece of cake, primarily because of the diverse agendas and differing levels of governing knowledge and experience board members bring to the boardroom.  No matter how stiff the challenge, however, board-savvy nonprofit CEOs know
Read More

Teamwork in the abstract is neither here nor there for nonprofit and public boards. The only serious reason for developing your board’s teamwork is to help it function as a more effective governing body that gets its governing work done more effectively and efficiently. The acid test of an effective team is its productivity in
Read More

Retreats have become a popular vehicle for involving nonprofit board members, their CEOs, and executives in accomplishing high-impact governing work that could not be accomplished – at least not as well – in regular board business meetings.  Updating a vision statement and identifying and discussing strategic and operational issues certainly fall in this category.  The
Read More