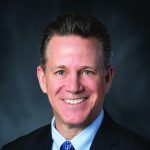 You’ll recall that in earlier posts at this blog we’ve defined “stakeholders” as individuals, groups, and organizations it makes sense to build and maintain relationships with because something important is at stake, for example, political and financial support, credibility, image, etc.  Over my 30 years of work with nonprofit and public CEOs and their boards I’ve come across more than one case of poorly planned and managed stakeholder engagement.  This is really unfortunate since the support of key stakeholders is critical to a nonprofit or public organization’s thriving and growing in these challenging times, when people tend to be not only tax-adverse, but also highly skeptical about the motives and capability of nonprofit and public organizations.  I’m reminded of an egregious example of botched stakeholder relations I encountered some five years ago.  A regional transit authority had established a high-level business advisory committee consisting of executives representing both large corporations and small businesses.  Saddled with a vague charge and unclear role and provided with minimal staff support, the committee suffered through four to five meandering, unproductive meetings before imploding, damaging the authority’s credibility with the business community.

In my professional opinion every nonprofit and public CEO, wearing her Connecter-in-Chief hat, should not only ensure that relationships with important stakeholders are well-managed, but also play a strong personal role in handling the highest-stakes relationships.  I also recommend that nonprofit and public organizations follow the lead of the Central Ohio Transit Authority (Columbus) in focusing on stakeholder relations in their annual strategic planning and governance retreats.  One of the breakout groups at COTA’s High-Impact Governing Work Session in June 2017, for example, identified a number of major stakeholders in the Columbus region and assessed the highest-priority stakeholder relationships.  And following up on this session, the COTA Board created a new standing committee, External/Stakeholder Relations, whose charge includes fashioning strategies to build and maintain key stakeholder relationships.