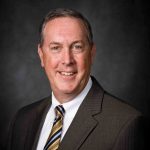 Doug Allen, Chief Executive Officer of Virginia Railway Express, doesn’t need to hear this true cautionary tale, as you’ll see from the podcast he recently recorded for this blog.

A few years ago I arrived at the administrative offices of a mid-size transit authority to meet with the CEO, who wanted to discuss my possibly helping to design and facilitate a daylong board-executive team retreat.  On the telephone the day before, he’d told me that the situation was “pretty urgent” since his relationship with the board was terribly frayed. It turned out that I’d made a wasted trip.  Ushered into this CEO’s office, I found him sitting at his desk ashen faced.  He greeted me with “Well, it’s too late; I’m out of here;” and went on to explain that he’d just gotten off the phone with his board chair, who informed him that the board, in executive session after the board meeting the night before, had voted 9 to 6 to terminate him immediately and to make his deputy the interim CEO.  I was shocked since I knew that, despite some tension in his relationship with the board, the authority was humming along – ridership up 7 percent, a new maintenance facility about to open, and a recent survey showing robust public support for the authority.

As I learned later, this sad story proved to be a classic case of a CEO falling victim to an especially insidious erroneous assumption:  that if your authority is doing great operationally and you are performing effectively as CEO, your working relationship with your board is sure to be really solid.  Not true!  As many other CEOs have painfully learned over the years, even if you’re  a virtuoso CEO at the helm of a high-performing organization, not paying close attention to your working relationship with your governing board can put you in serious peril.

Doug Allen isn’t about to fall victim to this erroneous assumption.  As you’ll learn from his podcast, Doug keeps a close eye on not just his “operational” board, but also on the two regional commissions that make up VRE’s highly complex governing structure.  The opposite of the kind of old-line transit CEO who keeps a wary distance from the board, Doug treats governance as a top-tier CEO function and accordingly spends an estimated 50 percent of his time working hands-on with his board and the two commissions.  Interviewing Doug for this podcast, I was struck by the fact that he made a point of getting to know board and commission members well enough to anticipate their questions and concerns about policy changes being proposed – for example, a major overhaul of the maintenance function –  and to directly address these concerns and questions.  And, by the way, Doug is a great believer in reaching out by phone and in person to his preeminent stakeholders, rather than merely sending an email.

Doug Allen, along with other really board-savvy CEOs, well knows that familiarity – far from breeding contempt – is one of the primary lubricants that keeps an organization’s policy making machinery running smoothly and helps cement the board-CEO partnership.