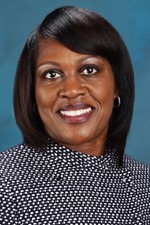 “What can I do at this point?” The beleaguered superintendent in the workshop I was presenting last year on building solid board-superintendent partnerships had just shared a horror story with his colleagues in the room – one that I’d heard several times over the years. Four months earlier, four new members had joined his seven-member board, and the significantly altered governing team hadn’t jelled. A number of important initiatives – including a high-profile partnership with the regional chamber of commerce – were in jeopardy, and the superintendent sensed that his days might be numbered. It turns out that even though the dramatic turnover had been predictable because four long-tenured board members had decided not to run for re-election the prior November, his only response to the inevitable change in the governing cast was to conduct a business-as-usual orientation session on district structure, finances and programs for new board members a couple of weeks after the election. This classic case of too little-too late could have derailed this superintendent’s career, but the ending was happy. Sympathetic workshop participants helped him fashion a strategy for convincing his new board chair to schedule a daylong board retreat aimed at reaching agreement on board priorities and board-superintendent interaction and communication guidelines. It worked, and the board-superintendent working relationship survived and appears to be pretty solid now.

I thought about this true story as Cleveland Heights-University Heights (Ohio) Superintendent Talisa Dixon was describing the strategy she employed in dealing with significant board turnover in the podcast we were recording last week for this blog. It struck me that the superintendent starring in the horror story that he recounted in the workshop would have been spared considerable angst if he’d had Talisa’s playbook as a guide. What really stands out to me in Talisa’s story is the aggressive, proactive action she took to prevent relationship problems from developing after the certain addition of three new members to her five-person board. Rather than wait for the election to determine who would fill the three open seats, Talisa took two important steps. First, she worked with her pre-election board in putting together a comprehensive board governing policies and procedures manual that would serve as a centerpiece for orienting new board members after the election.

Second, Talisa made a point of meeting individually before the election with every one of the candidates for the three open seats. As Talisa recounts in the podcast, she not only wanted to make a personal connection and begin the very important bonding process, she also wanted to understand the issues on the mind of every candidate.   And she made a point of capitalizing on the opportunity to familiarize candidates with the five goals in the district’s updated strategic plan, providing them with a framework for thinking about governing priorities.

You’ll learn about other steps Talisa is taking to ensure a really solid partnership with her reconstituted board when you listen to her podcast. Meanwhile, the new partnership is off to a great start because Talisa had already traveled a good distance on the relationship building road before she even knew who her three new board members would be.