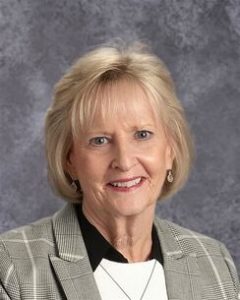 As you’ll learn from the video interview that Deb Henton and I recorded recently, she brought in-depth, wide-ranging K-12 leadership experience to her new role as Executive Director of the Minnesota Association of School Administrators when she took the helm at MASA a little over two years ago.  However, in my work with a number of national and state associations over the past 35-plus years, I’ve learned that being a real expert in the work of an association’s members doesn’t ensure success as the CEO of that association.  Association management is a well-defined field with its own a national association, the American Society of Association Executives, a professional journal, Association Management, and a robust professional literature.  In the case of the field of K-12 education, being a widely respected, award-winning superintendent like Deb Henton by no means ensures success at the helm of a state association like MASA.

I’ve seen many association chief executives at the state and national level crash and burn early in their tenure despite being true experts in their professional fields.  I’m reminded of a state K-12 association executive director who reached out to me several years ago to serve as his one-on-one coach since he’d run into serious trouble in his first year at the helm.  Like Deb, he brought rich, successful K-12 executive experience to the job.  But over the course of two coaching  sessions, it was clear to me that he was such a poor fit with his new chief executive position that he needed to resign and return to the helm of a district as soon as practicable.  His problem wasn’t lack of technical skills like strategic planning, financial management, etc., or abundant K-12 knowledge and experience.  His nemesis was a matter of temperament.  While he was a K-12 policy virtuoso who as a superintendent had loved figuring out how to deal with complex educational issues, he derived scant pleasure from a staple of the association profession:  managing complex relationships with myriad stakeholders, including not only membership groups and the association board, but also legislators  and executives in the state education department, sister state association executives, foundation officers…..on and on..  He found so much people process draining and dispiriting, which naturally made him a poor fit with the association he’d  joined.  Fortunately, he resigned soon enough to salvage his reputation and find another superintendent position.

Deb, by contrast, as you’ll learn from our interview, spent three months thinking seriously about her fit with the demands of a state association before applying for the MASA Executive Director position.  She knew herself intimately enough to be confident that she would not only survive, but thrive, in an environment that placed a premium on relationship management.  She also realized before throwing her hat in the ring that she would succeed at working with an association board very different from the typical school board and addressing issues very different from those facing the typical school board.