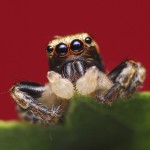 A year or so ago, I got a call from a transit CEO desperate for help.  The year before, he explained, his board had adopted a “policy governance manual,” spelling out the roles and responsibilities of the board and CEO and making clear the limits on both board and executive authority.  For example, the manual specified that the CEO could sign consulting services contracts up to a maximum of $25,000, above which board approval was required, that the CEO was responsible for preparing the annual operating plan and budget, while the board was responsible for reviewing and adopting the plan and budget, etc.  The manual had been developed by a board task force with consulting assistance over a six-month period, in order, as he said, “to get our governing house in order.”  Observing that it sounded like a sensible step to take, I asked what the problem was.  His response in a nutshell was that the board-CEO partnership had steadily deteriorated since adopting the manual, apparently because board members were feeling increasingly disengaged and frustrated.

This is a classic case that I’ve encountered more than once over the years:  falling into the “policy governance” trap.  There’s an approach to board development being sold by some consultants that basically involves the board and CEO reaching agreement on what you might call the “rules of the governing game:” roles, responsibilities, and limitations of authority.  It’s sold as a sure-fire way to keep the board-CEO working relationship healthy, on the assumption that if we know what we’re supposed to be doing and don’t step on each other’s toes all will be hunky-dory.  Unfortunately, knowing the rules, while it’s an essential first step, is only a small part of playing the highly complex governing game.

Board-savvy CEOs know that it’s not nearly enough to lay out the policies – the rules – to keep the board-CEO partnership healthy.  It’s at least equally important to put in place and/or fine-tune the governing structure and processes that make active board member engagement in key governing areas such as strategic and annual operational planning, budget development, and performance monitoring – and hence board member satisfaction – possible.  And board-savvy CEOs understand that they’ve also got to spend a good dollop of their time engaging in hands-on management of their relationship with board members, including lots of attention to their need for recognition and to one-on-one interaction.

By the way, the story has a happy ending.  The CEO who’d called took the necessary next steps, spearheading the updating of governing structure and processes, building on the foundation of the policy manual they’d developed.  So far as I know, his working relationship with the board is at this point pretty solid as a consequence.