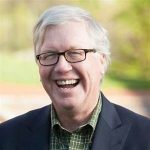 “But we’ve always put our annual budget together in the board’s finance committee, and it’s worked well.  Why in heaven’s name would we want to fold budgeting into the strategic and operational planning committee you’ve recommended?”  This was only one of fifteen or twenty questions that participants raised about the recommended new board committee structure in a special board work session six weeks ago.  The members of the board “governance improvement” task force who were explaining the recommended structure expected – and were happy to answer – the questions, which were all pretty reasonable.  But some of my colleagues on the task force were taken aback by how emotional much of the discussion was.  One leaned over and commented, sotto voce, that anyone evincing that much passion about committee structure should be referred to a psychologist.

I wasn’t at all surprised since early in my consulting career I learned how intensely change-averse many, if not most, people are.  Even self-professed change aficionados, in my experience, are likely to tighten up when confronted with the possibility of significant change, at best feeling uncomfortable and at worst gearing up for battle when challenged to alter cherished and comfortable routines.

When I sat down in my study this morning to write this article, I immediately thought of the International Economic Development Council, whose annual meeting is coming up next week.  IEDC, under the leadership of President/CEO Jeff Finkle, who serves on this blog’s CEO Advisory Committee, provides us with a classic case of overcoming resistance to major-league change.  The challenge Jeff faced almost 20 years ago was developing a committee  structure for the  Board of IEDC – then a brand-new association resulting from the merger of the Council for Urban Economic Development and the American Economic Development Council.

Jeff, knowing that the board structures of both merging organizations were badly outdated and needed a thorough overhaul, recognized that there’d be significant push-back on the part of many long-tenured board members making up the new IEDC board.  So he and the chairs of the CUED and AEDC boards came up with the idea of putting together a large task force (as I recall, around 25 members) representing leaders from both CUED and AEDC, charged to design the structure of the IEDC Board.  I was privileged to serve as IEDC’s “governance counsel,” in this capacity facilitating the five or six intensive task force work sessions  that generated the new IEDC Board structure of four committees:   Governance; Planning and Business Development; Performance Oversight/Monitoring; and External/Member Relations.  These broad-based committees, corresponding to the major streams of governing decisions and judgments  that the new IEDC Board would be making, were a radical departure from the existing traditional “silo” committees aligned with particular programs as world trade, downtown development, business attraction and retention, etc.

What happened over the course of several meetings was the transformation of task force members into fervent owners of, and change champions for, the recommended new committees.  These change champions – not I as the consultant – presented and explained the new structure to their peers on the new IEDC Board of Directors.  Of course, there were many questions, and some push-back, but the new Board overwhelmingly approved the structure, which is serving IEDC well today, almost twenty years later.  There’s absolutely no question in my mind that these passionately committed change champions  made the difference, overcoming the natural resistance to change of this magnitude.

You’ll hear more about the IEDC structure in the podcast that I recorded for this blog with Jeff and Virginia Jacko, President & CEO of the Miami Lighthouse for the Blind.