Doug Eadie’s work as an adviser, coach, educator and consultant produces powerful bottom-line benefits for nonprofit and public leaders.  Doug will help you: 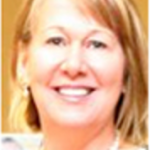 I received more personal thank you notes and emails than any other year when Doug Eadie shared how to be a “board savvy CEO.”

Doug helped us transform a really good Spokane Transit Authority Board into an even stronger governing body.

Doug’s approach…created a high degree of board ownership of the recommended new committee structure.

Doug has helped…to clarify our organization’s strategic directions and its strategic change targets.

Doug helped me and my Board Officers design and facilitate a really powerful daylong retreat.

With Doug’s assistance, our School Board’s Governance Task Force came up with a number of concrete improvements…

The “Meeting the Governing Challenge” workshop that Doug presented for AENC member CEOs was a real success, engaging participants and providing them with lots of practical guidance.

Doug’s work with the NLEP Governance Task Force has yielded a powerful return in terms of high-impact governing.

Doug’s work… has taken our Board’s leadership to the next higher-impact level.

Doug’s presentation on leading change…excited and inspired the audience.

Doug was a superb retreat facilitator — energizing and engaging participants while leaving them thoroughly satisfied.

With Doug’s help, we’ve laid the foundation for a rock-solid Board-CEO partnership at the Miami Lighthouse for the Blind and Visually Impaired, Inc.

Doug facilitated a really energizing retreat that kicked off our governance improvement effort.

Doug and Dave have written a powerful, pathbreaking book……

……you’ll want to keep Building a Solid Board-CEO Partnership close at hand, as a powerful resource you can draw on…..

You have Successfully Subscribed!