2 Powerful Board Development Vehicles:  a Hot Topic at my 2022 NCE Workshop 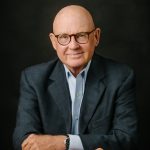 “The Superintendent as Board-Developer-in-Chief” was one of the five presentation/discussion modules in the pre-conference workshop I presented on February 16 at AASA’s 2022 National Conference on Education in Nashville.  Over the course of 45 minutes or so, workshop participants were actively involved in discussing two major vehicles for accomplishing in-depth school board capacity building and practical ways for turning board members into “champions” for board development.  I’ll summarize our discussion of development vehicles in this post, and deal with creating board champions in next week’s. By the way, my NCE workshop presentation drew heavily on my best-selling Rowman & Littlefield book, Building a High-Impact Board-Superintendent Partnership.   Be on the lookout for the second edition, which is expected to come out in late 2022.

Let’s say it’s been seven years since your school board last took the time to examine itself closely as a governing organization and to come up with a number of important steps to deal with board governing performance issues.  There are worrying symptoms that appear too dangerous to ignore, including an increasingly frayed board-superintendent working relationship, two seriously under-performing board committees, and a souring culture characterized by nasty bickering at board meetings.  What to do?  Over the course of my 35-plus years of work with school boards and superintendents, two thoroughly tested vehicles have proved very effective when much more than just tweaking governing processes is called for:  the governance improvement retreat; and the governance improvement task force.  Both can yield a powerful return on the investment of time and energy if they are well-managed and supported, both require roughly the same level of investment in terms of time and money, and both involve the kind of in-depth engagement that fosters board members’ commitment.  However, they are very different in terms of structure and process in order to fit very different circumstances.

The governance retreat involves a daylong or 1 ½-day board-superintendent-senior administrative team work session, after which an action report consisting of concrete board capacity building recommendations is presented to the board and executive team in a special work session.  The retreat makes sense when intensive involvement of all board members from the very get-go is viewed as critical to eventual board adoption and implementation of the action recommendations.  The governance task force involves a sub-set of board members (typically no more than a quarter of the board’s membership) and the superintendent in coming up with the   action recommendations over a series of 4 to 5 task force work sessions and presenting them to the full board and senior administrative team in a special work session.  The governance task force makes sense when there is no compelling need for all board members to be engaged from the beginning of the capacity building process and/or it is not feasible to get all board members together for a retreat.

I can say with assurance that either the retreat or the task force will serve your district well as a board capacity building vehicle if it is meticulously staffed and managed.  Both involve intensive board member involvement, which is critical to generating the ownership that is necessary for implementation of action recommendations.  By the way, as we discussed during my NCE workshop, two traditional approaches have proved terribly ineffective on the board development front:  an independent consultant study resulting in a report to the board; and the superintendent’s directly sending her board a set of governance improvement recommendations.