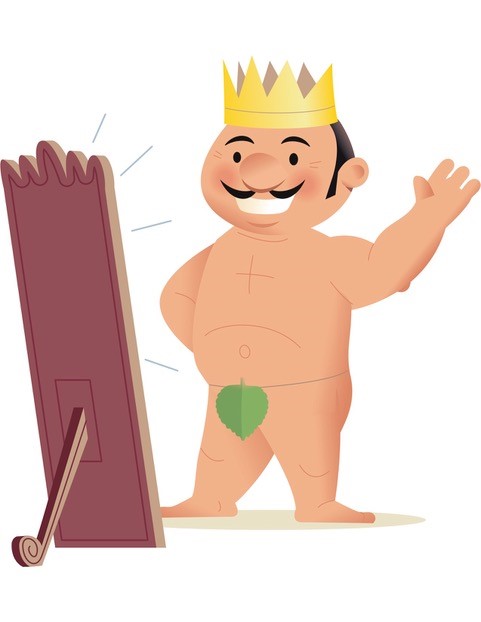 “You’re pretty obviously over your head and can’t really understand what we’re doing.  Instead of getting people riled up, why don’t you get yourself up to speed and join the team?”  This is what I was told in so many words several years ago – early in my public management career – when I had questioned the progress that a consulting team reported it was making in upgrading the financial management system of a large public transportation agency.  Reflecting on that experience years later, I think what was at work was a modern version of that classic cautionary tale, “The “Emperor’s New Clothes.”  You might recall this Danish story from your childhood:  an emperor was hoodwinked into buying a new suit of clothes that, he was told by the tailor, would be invisible to anyone who was stupid or incompetent.  So, of course, while the emperor was parading around naked, everyone who saw him – except for a child who spoke up – pretended to see a really nice suit of clothes.

In a nutshell, I’d been hired to serve as the hands-on project manager of this technically complex financial system upgrade involving the consulting team of a major accounting firm with a handsome contract approaching $200,000.  The project had been underway for some six months when I arrived on the scene, and as I worked my way through the mountain of system design documents that’d been generated, I couldn’t make heads or tails of what I was reading.  Alarm bells going off in my head, I began to raise critical questions with the senior consultant managing the team and the mid-level managers serving on the committee that had been created to oversee the project.  Everyone I talked with pushed me away, advising me to mute my criticism and not upset a very important apple cart.  Finally, totally frustrated and more afraid by the day, I went to my boss, the deputy CEO, and convinced him to back my packaging up the mountain of  consultant progress reports and sending it off to a long-time colleague who’d worked as a senior consultant for a prestigious management consulting firm and was now serving as budget director of one of the five largest states.  John, having spent the weekend reviewing the documentation, called me early Monday morning to review what he saw as my only options:  (1) resign immediately before I could be blamed for the disaster in the making, which was sure to demand one or more scapegoats not far down the road; (2) stick around, go along, become a handy scapegoat, and jeopardize my career when the you-know-what hit the fan; or (3) go with my boss to the GM/CEO and make the case to fire the consulting firm, rebid the project, and get things on track before the media got wind of the problems.

I chose the third option, and all eventually got back on track after we went through the trauma of dismissing the consultants, bringing on a new team, and re-planning the project.  The GM kept his board in the loop, of course, and, fortunately for us, the media never got wind of the potential disaster and no careers, including the GM’s, were ever in jeopardy.

Thinking back on that dramatic time, what impresses me is that a lot of really smart people who were heavily invested in a high-stakes project mightily pressured me to shut my mouth and play along like a good sport.  To their mind, the emperor was handsomely dressed, and the parade should go on without naysayers like me raining on it.

The morale of the story is pretty obvious. First, never underestimate the capacity of people to see what they want to see when they’ve invested heavily in an endeavor, despite the evidence.  Two, build really rigorous monitoring into any complex, high-stakes project that can all too easily go awry, taking careers – perhaps yours – with it.