Blazing Trails on the Diversity and Inclusion Front at RTS 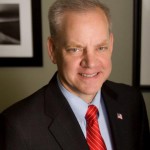 In Changing By Design (Jossey-Bass, 1997), I recount a real-life example of the difference between what Chris Argyris calls “espoused theory” and “theory in practice.”  Early in my career I worked closely with a young, ambitious, fast-track college chief executive who was an avid consumer of the latest management thinking and could go on at length about one innovative technique or another.  A favorite hobbyhorse of his was participatory management and team building.  Waxing eloquent on the subject of teamwork as a key to organizational innovation, his eyes would tear up on occasion – he was that sincere.  His espoused theory was that teamwork was a highly prized value, good for the spirit and essential to the college’s success and should, therefore, be actively promoted.  But his theory in practice was something else.  The Wednesday cabinet meeting at which he presided over the assembled vice presidents and directors could have been designed by the Marquis de Sade or Josef Stalin.  Heads bowed, participants fervently hoped that if they kept quiet the president wouldn’t direct his scathing wit or humiliating critiques at them.  His monologues, often punctuated with screams of rage, were the rule.  It’s not difficult to guess how enthusiastically the cabinet members promoted participation throughout the institution!

This is a pretty dramatic illustration of failing to translate a strongly articulated organizational value into concrete reality, but I’m sad to report that it’s only one example of many I’ve come across over my years in the nonprofit leadership business.  So it was refreshing to hear Bill Carpenter, Chief Executive Officer of the Regional Transit Service in Rochester, New York, and President of the New York Public Transit Association, describe in the podcast he recorded for this blog how  RTS was translating two values – diversity and inclusion – into practice on his watch.  With the strong support of the RTS Board, Bill has not only spearheaded efforts to diversify the RTS workforce at all levels, but has also made significant progress in building a culture of inclusion at RTS.  As Bill explains, diversity is about the mix of people in the room, while inclusion is about their being respected, listened to, and understood.

Bill, recognizing that rhetoric and exhortation alone are weak cultural transformation tools, took the lead in launching an intensive training program involving the top 25 RTS managers in examining the various facets of inclusion, the unconscious barriers standing in the way of inclusion, and strategies for building a truly inclusive culture.  It’s important to note that Bill didn’t just  talk this walk, he actually walked it – personally participating in the program from beginning to end.  And it hasn’t been a one-shot deal.  Both diversity and inclusion are now prominent, ongoing items on the agenda of Bill’s executive team.

This is what we mean by theory in practice, not just espoused theory.  I know you’ll find Bill’s podcast both informative and inspiring.  You’re invited to share your experience in translating your organization’s core values into actual organizational practice by posting your comments.