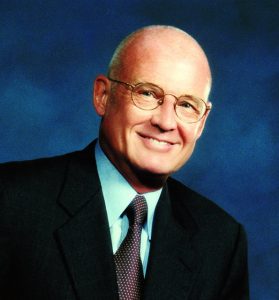 Resistance to change has scuttled more than one change ship in the sea of K-12 governance; in fact, it makes sense to assume that whatever approach your district takes to updating your board’s “governing design” – its role, structure and processes – you’ll have to overcome inevitable – and often formidable – resistance, which is why transforming board members into owners of change is so critical. Resistance is often the result of an unfortunate experience with a poorly conceived and executed change process.  For example, when I was interviewing school board members in preparation for a strategic planning retreat a few years ago, three trustees made a point of warning me not to go down a particular path if I wanted to accomplish anything as their consultant.  They were referring to a dismal Saturday the board had spent a couple of years earlier that they considered a monumental waste of their time and energy – and, as far as they were concerned, a grievous insult to the board.  The board members had been led through a “team building” process in a retreat setting that involved them in some classic “touchy-feely”  exercises intended to promote more honest communication, lower emotional barriers, and foster a spirit of collaboration.  As is often the case with such therapeutic approaches, the warm glow they’d generated wore off quickly when the inevitable Monday came, and participants encountered a fundamentally unchanged Board organizational structure and culture.  Confusing cosmetic with fundamental organizational change is a sure-fire recipe for frustration and often disillusionment.

And even without a sour experience to draw on, many, if not most board members I’ve worked with over the years instinctively resist important change because of fear – that comfortable (if not particularly satisfying) routines will be disrupted, that influence will be lost, that much more time and effort will be demanded, that there is the possibility of publicly failing at playing a new role and suffering the consequent embarrassment.  At a recent governance workshop I conducted for superintendents, one of the participants told an on-point true story.  One of the most ardent critics of the new committee structure that the board of this superintendent’s district was considering – as part of a comprehensive set of recommendations put together by a board task force – was a long-tenured board member who had chaired the board’s finance committee for the past ten years – long enough to be described in a district newsletter as “Mr. Finance.”  Already a financial whizz who headed his own CPA firm, he’d become a true expert in the district’s finances, and what gave him particular satisfaction was working closely with the district’s chief financial officer in putting together the annual budget and recommending it to the board.  The master of every financial nook and cranny, he led the committee with a sure hand in going through the budget line-items.

The rub came from the task force’s recommendation to fold the existing finance committee into the new, more broad-based performance oversight and monitoring committee, whose functions included monitoring district financial performance, and – adding insult to injury in this long-time board veteran’s eyes – the transfer of the budget preparation function to the new planning and development committee.  Conversations with both the board president and superintendent made clear that the loss of stature and influence was a huge issue to this board member, along with sacrificing the ego satisfaction that came with chairing the finance committee. In retrospect, it would have made sense to involve this obstreperous critic in the task force that’d come up with the recommendations, but the second-best solution did the trick:  the board president’s appointing this long-time board member the first chair of the new planning and development committee.