Boosting the Governing IQ of the Superintendent-Aspirants in Your Cabinet 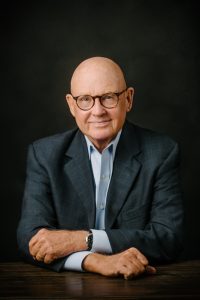 Last August, sitting in on a Cabinet governance work session that Ehren Jarrett, Superintendent of the Rockford (Illinois) Public Schools, was facilitating, I observed a consummate board-savvy chief executive in action.  Over the course of four hours, Ehren and his top lieutenants assessed the performance of the four standing committees that the Board of Education had established a year earlier, identifying notable strengths and weaknesses.  Ehren and his Cabinet members also  evaluated the working relationships between the Cabinet members serving as “Chief Staff Liaisons” and the Board  committees they’d been assigned to work with.  Bottom line:  a report to the Board consisting of  a number of recommendations to fine-tune and strengthen the Board’s standing committees, ensuring that they function as highly effective  “governing engines.”

There was more going on in Ehren’s Cabinet work session last August than beefing up the School Board’s committee operations.  Ehren was delivering on one of his passionate chief executive commitments:  serving as a mentor to the superintendent-aspirants in his Cabinet. His mentoring mission? Ensuring that when they take the helm in a district at some point in their career, they are board-savvy enough to build and maintain a truly rock-solid partnership with their new board.  Since a really close, positive, and productive board-superintendent working relationship is one of the preeminent keys to a superintendent’s success – and professional longevity – Ehren is making a critical contribution to his mentees’ professional growth and career development.

I was thinking about Ehren’s mentoring mission a few months later, when I was conducting  a  one-on-one coaching session with a newly minted superintendent who had – at the mid-point in her first year on the job – run into serious trouble with her school board.  Four newer members of her seven-person governing body had been nit-picking specific expenditure items in the superintendent’s proposed budget for the following fiscal year over the course of three lengthy work sessions.  Her diagnosis of the situation was that she was being bedeviled by four “micromanagers” on the board, who obviously relished getting down and dirty in the weeds rather than, in her words, “sticking to the high-level policy matters they’re responsible for.”  Her challenge, she told me, was to get them back in line.  However, by the end of our session, we’d reached agreement that the irritating and disruptive micromanaging that had been going on was just a symptom of something more fundamental.

After analyzing the situation, we concluded that the outdated, poorly designed budget preparation process she had inherited was the culprit.  The four newer members of her Board had arrived on the scene expecting to be to meaningfully engaged in shaping the annual budget, rather than merely reacting to a finished document. Instead of attempting to discipline what she saw as  erring Board  members – and inevitably failing – she understood  that the only permanent solution was to re-design the district’s budget preparation process, providing Board members with an opportunity to shape the budget document by providing input on critical operational issues much earlier in the preparation process.  Of course, if my client had been mentored by a really board-savvy superintendent like Ehren Jarrett while she was a superintendent-aspirant, she most likely wouldn’t have unwittingly fallen victim to poorly designed process.

By the way, acquiring up-to-date and practically useful governance knowledge is far from a piece of cake, not only because K-12 governance is an underdeveloped, rapidly changing field, but also because there’s plenty of wrong-headed and misleading advice floating around that can get a new superintendent into real trouble.  To take an example, I was horrified a couple of years ago to find in the syllabus of a leadership development program for up and coming superintendent-aspirants books and articles relating to the governing work of for-profit corporate boards.  This despite the fact that for-profit corporate boards couldn’t be more different – functionally, culturally, and politically  – from their public school  board cousins!