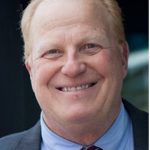 Over the past quarter-century I’ve learned that the public transportation authorities that are really good at getting significant, out of the box change accomplished are invariably led by a CEO/GM who is passionately committed to playing – and well prepared to play – what I call the Innovator-in-Chief role.  The CEO/GM is the only person in your authority who can wear the Innovator-in-Chief hat for the simple reason that no one else brings to the change game the formal authority, influence, access to resources, and time required to spearhead an out-of-the-box change effort and to overcome the inevitable inertia and resistance that can sink a change ship early in its voyage.

Experience has taught me that CEOs/GMs who succeed at the Innovator-in-Chief role are what I think of as “change-savvy.”  The change-savvy CEOs/GMs that I’ve worked with and observed over the past quarter-century: