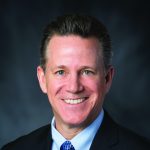 Whenever I’m contacted by an executive team member asking if I’d be interested in providing assistance to some kind of strategic planning process the transit authority is launching, I always respond the same: I won’t know until I’ve spent an hour or two talking with the authority’s chief executive officer. And when the CEO and I do talk, I’m really interested in hearing her describe in detail the specific outcomes she wants the process to produce and how far out of the “box” of current operations the CEO is willing to have the process go. And I’m also very interested in knowing the role the CEO intends to play in the process – how hands-on he plans to be and how much time he is willing to commit. Why do I care? Very simply because I’ve learned that if a chief executive isn’t passionately committed to playing a hands-on “Innovator-in-Chief” role in an innovation-focused planning initiative, it’s highly unlikely to produce much concrete innovation – and who wants to be associated with a planning failure?

Interviewing David Genova, General Manager and CEO of Denver’s Regional Transportation District, for the podcast he recorded for this blog a couple of days ago, it didn’t take me long to recognize that I was talking with a quintessential Innovator-in-Chief. In the podcast, Dave describes a major innovation initiative he’s spearheading, working very closely with his Board: “Reimagine RTD.” Budgeted at nearly $5 Million, Reimagine RTD , which Dave says is all about “transportation transformation,” is aimed at reinventing RTD – coming up with an updated system design aligned with the tremendous technological change swirling around RTD and sister transit authorities around the country. Two key elements of Reimagine RTD will without question help to ensure the ultimate success of this high-stakes innovation initiative: strong support and direction from the RTD Board and extensive external stakeholder engagement (such as chambers of commerce, local governments, and civic organizations) via two advisory bodies that RTD has established.

Two of the surest signs that Dave is an authentic Innovator-in-Chief who walks the innovation talk are, first, that he is playing a hands on role in Reimagine RTD, rather than overseeing it from an Olympian height while delegating all of the operational details to a lieutenant, and, second, that he has made a firm commitment to spend between 25 and 30 percent of his CEO time to this exciting innovation initiative. Since Reimagine RTD is certain to generate a handsome return to RTD in terms of concrete innovation, you can expect to hear Dave describe the impacts to-date in a follow-up podcast a few months hence.