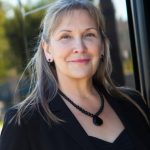 Over the past quarter-century I’ve learned that the public transportation authorities that are really good at getting significant, out of the box innovation and change accomplished are invariably led by a CEO who is passionately committed to playing – and well prepared to play – what I call the Chief Innovation Officer role.  The CEO is the only person in your authority who can wear the Chief Innovation Officer hat for the simple reason that no one else brings to the change game the formal authority, influence, access to resources, and time required to spearhead an out-of-the-box innovation effort and to overcome the inevitable inertia and resistance that can sink a change ship early in its voyage.

Donna DeMartino, Chief Executive Officer of the San Joaquin Regional Transit District, is a Chief Innovation Officer Extraordinaire, as the podcast she recorded earlier this week for boardsavvytransitceo.com illustrates.  She is also, by the way, at the helm of an authority that APTA has designated a 2018 Outstanding Public Transportation System.  Donna’s podcast tells the story of a major innovation initiative implemented on her watch at RTD, in close collaboration with her Board members, who are ardent Change Champions:  the Regional Transportation Center.  If Donna were not such a passionate visionary, this handsome new state of the art maintenance facility – replete with a fitness center and bistro featuring healthy entrees – almost certainly wouldn’t have come into being.  And if she were not such an aggressive, open-minded innovator, RTD wouldn’t have saved an estimated $1 Million in design fees by adapting the facility design of another transportation authority.  Donna also brings a rare enterprise mindset to her work as RTD’s Chief Innovation Officer, witness the fact that RTD’s Regional Transportation Center is generating earned income through contracts to provide vehicle maintenance services for a variety of public/nonprofit agencies in the region.

Experience has taught me that transit CEOs who, like Donna, succeed at the Chief Innovation Officer role are what I think of as “change-savvy.”  Donna and other change-savvy CEOs that I’ve worked with and observed over the past quarter-century: