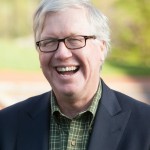 Several posts at this blog have explored the various roles that highly successful nonprofit chief executive  officers play – the functional “hats” they wear – such as Chief Board Capacity Builder and Innovator-in-Chief.  Listening to Jeff Finkle reflect on his 35-year stint as CEO of CUED and IEDC during the video interview we recently recorded, I realized that Jeff has long been wearing another critical hat that has made him a uniquely high-impact CEO – a role we haven’t examined up to now:  Chief Organizational Architect.  This role was fresh on my mind when Jeff and I were recording our interview because I was re-reading Ron Chernow’s very impressive biography of John D. Rockefeller, Titan.  As our readers know, Rockefeller founded the first modern industrial corporation, the Standard Oil Company.  Actually, Rockefeller didn’t just legally establish Standard Oil, he played a hands-on role in designing it, much like an architect designs a building:  dealing with form and function, structure and process.  Wearing the Chief Organizational Architect hat, Rockefeller was guided by a detailed vision of what his new company should and could be, just as Jeff, playing the role of IEDC’s Chief Organizational Architect, has been guided by his vision of what IEDC should and can be, in terms of size (membership, revenue, corporate office staffing), geographical reach, products and services, etc.

An interesting tidbit you’ll glean from our interview is that, from the perspective  of Chief Organizational Architect, Jeff looks back with some regret at the fact that IEDC let two associations it was managing under a fee-for-service contract to spin themselves off and become independent, stand-alone nonprofit corporations.  In hindsight, he admits that his vision at that point in IEDC’s history wasn’t expansive and explicit enough to inspire fashioning and executing a merger strategy that would have folded these managed associations into the IEDC corporate family.  Of course, as they say, hindsight is 20/20, and Jeff can be rightly proud of his high-impact achievements as IEDC’s   Chief Organizational Architect.