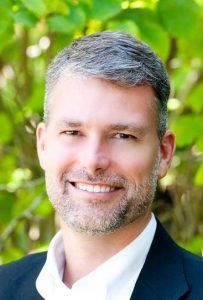 “What can I do to get my board meaningfully engaged in leading innovation and change in my district?”  I hear variations of this very important question quite often from superintendents in my one-on-one governance coaching sessions and educational workshops.   There’s no simple answer, but the indispensable first step is to make sure you understand what’s going on in the rapidly evolving field of change planning and management.  One thing for sure:  traditional comprehensive, long-range “strategic” planning – for arbitrary periods like three or five years – is a blunt innovation tool.  Experience has no doubt taught many if not most of my readers – as it has me – that traditional long-range planning is essentially an operational planning tool, projecting into the future what an organization is already doing (its programs, services, products).  It can be very valuable in a number of ways, such as demonstrating to a foundation that your district is thinking beyond next year or explaining to the public at large what your district is all about in terms of educational priorities and programs.  But it is not typically a productive innovation engine that generates out-of-the-box change.

I’m not generally a fan of corporate CEO memoirs, but Robert Iger’s new book, The Ride of a Lifetime,  is must reading for anyone interested in large scale organizational innovation.  Iger, as you know, is chairman and CEO of the storied Walt Disney Company.  Wearing the “Innovator-in-Chief” hat thoughtfully, aggressively, and courageously, he has on his watch spearheaded transformational change at the Walt Disney Company, dramatically strengthening the company’s content generation capacity (principally through the acquisition of Pixar, Marvel, Lucasfilm, and 21st Century Fox) while building a powerful streaming platform to provide content directly to the customer.  He concludes his highly entertaining and illuminating account of dramatic change at Disney with a number of “lessons to lead by” that all superintendents can put to good use in leading innovation in their districts, for example:

Not theoretically exciting, basically common sense, these and the other lessons in the Appendix of The Ride of a Lifetime nonetheless provide the reader with valuable insights that help to explain Iger’s phenomenal success as a transformational leader.  On a smaller but nonetheless tremendously important stage, Steve Murley, superintendent of the Iowa City Community School District, is – wearing the Innovator-in-Chief hat – spearheading dramatic change in his district on the student experience front, among other thing taking important steps to create a positive classroom climate for all students in this increasingly diverse district.  Steve recounts an important part of the Iowa City Schools’ transformation story in the podcast he recently recorded for this blog, featuring the implementation of a number of recommendations developed by the district’s Multi-Stakeholder School Climate Task Force.  By the way, employing a task force to generate change initiatives is one of the deviations from traditional long range planning that is proving quite productive as an innovation vehicle, as you’ll learn from Steve’s podcast.

I’d love to hear from other superintendents about their experiences in leading out-of-the-box innovation in their districts.