“Policy Governance:” Another Insidious Foe of a Solid Board-Superintendent Partnership 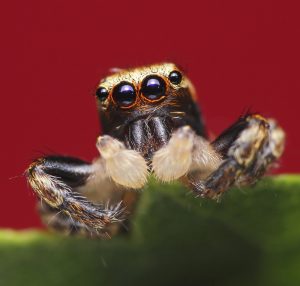 I found presenting my “Building a Rock-Solid Board-Superintendent Partnership” workshop at NSBA’s annual conference in San Antonio on April 6 tremendously energizing.  Standing for three hours can be wearing, of course, but the constant stream of thoughtful and pertinent questions and the lively discussion kept fatigue at bay.  In fact, I was really sorry we weren’t scheduled for the full day together.

One of the more interesting discussions had to do with what I call “insidious foes” of a solid board-superintendent partnership:  erroneous assumptions about the nature of governing that sound plausible at first blush but can do real damage to the board-superintendent working relationship.  One of the more dangerous insidious foes we touched on was the assumption that mapping out policies differentiating the board’s governing role from the superintendent’s, and clarifying role limitations – what is sometimes called “policy governance” – is a path to effective governance and a healthy board-superintendent partnership.  Experience has taught me that the opposite is true.  Policies (essentially rules) are useful, but they don’t in and of themselves get the governing game played, and relying on them can seriously damage the relationship between a school board and its superintendent.  I was reminded of the following true story, which makes a strong case against so-called “policy governance.”

“We’re in a state of shock and can’t figure out what’s going on.”  These were the first words I recall coming out of the board president’s mouth in the conference call she and her superintendent had scheduled with me.  They went on to explain that seven months ago the school board, superintendent, and his district executive cabinet had completed a comprehensive governance policy review and update and had compiled the updated governance policies in a board manual that had been unanimously adopted by the board.  They explained that for the first time they’d assembled what they called the “governing rules of the game” in one, well-organized policy book.  They told me that they’d  spent hours distinguishing between the board’s and superintendent’s primary responsibilities – “most importantly,” they said, spelling out the  superintendent’s “executive limitations.”  By the way, it turned out that they’d invested a hefty amount in the project, not only in consulting fees but also the cost of over a hundred hours of board and staff time spent deliberating in work sessions and drafting new and updated governing policies.

Having listened for fifteen minutes or so, I asked why they’d called me.  Well, it turns out that in the seven months since putting their governing rules of the game in place, the board-superintendent-executive cabinet working relationship had gone steadily downhill.  There was lots of carping at monthly board business meetings, the last budget preparation process had been excruciatingly painful – with lots of nitpicking in what seemed like interminable budget review sessions – and the superintendent said she was wondering if her job was in jeopardy.  I recall the anguish in her voice when she asked how they’d gotten to this point after diligently doing so much good work.

My on-the-spot diagnosis – based on encounters with many similar situations over the years – was that they’d probably focused exclusively on getting the rules of the game established. However, they hadn’t paid equal attention to an even more important task:  putting in place and/or fine-tuning the governing structure and processes that would make active board member engagement in key governing areas such as annual operational planning and educational performance monitoring possible.  It was pretty obvious to me that they’d been seduced  by the siren song of  an old-fashioned, dangerously simplistic, hopelessly incomplete board capacity building approach commonly known as “policy governance,” and they were paying the price.

Our telephone discussion – and subsequent interviews they asked me to conduct with board and cabinet members – confirmed that that was, indeed, an accurate diagnosis.  Yes, the governance policies had drawn clear boundaries between board and executive functions to ensure that they didn’t encroach on each other’s turf, but board members felt distant, disengaged, and dissatisfied – like audience members rather than owners of their governing decisions.  Fortunately, they eventually understood what’d happened and went on to do the necessary further work of putting updated structure and processes in place.  And I’m happy to report that the board-superintendent-cabinet working relationship was soon on a solid footing.

Board-savvy superintendents well know that governance policies – rules – aren’t enough to get the governing game played effectively, and they’re not about to be seduced by the siren song of so-called “policy governance.”