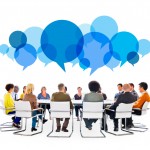 Michael, Rick, and Jeff Thomson have spearheaded the development and implementation of significantly new business models that have made CSAE,  the Tampa Bay Partnership, and IMA much more competitive nonprofits.  Jeff Finkle led  the merger that has transformed IEDC into the world’s preeminent economic development association.  Virginia has overseen tremendous programmatic and revenue diversification at the Lighthouse.  Irene has played a leading role in modernizing the governance structure and processes of TCH, and on Cheryl’s watch MSAE has become the nation’s most successful trainer of candidates for the coveted Certified Association Executive designation.

Four factors have enabled this illustrious crew of chief executives to succeed as their organizations’ Creators-in-Chief.  First, all seven bring a similar mental set to the change game.  They are fundamentally change-friendly leaders who have zero interest in preserving and protecting programs and practices that aren’t any longer in sync with today’s rapidly changing environment.  They are all wide open to the possibilities for creative change, whether it relates to organizational structure, governance processes, customers, or programs.  Second, the seven learned early in their careers that traditional long-range planning for arbitrary periods like three or five years won’t cut the mustard in our dynamic world, so they’ve adopted a much more flexible, selective, and issue-focused approach to innovation.  Being flexible, however, hasn’t for these seven leaders come at the expense of discipline.  They recognize the value of a formal, well-designed process for identifying issues and fashioning change initiatives  that is adapted to the real – highly unpredictable – world of today.

Third, all seven have been extremely board-savvy, working in close partnership with their boards to identify issues and shape change initiatives.  Through meaningful involvement, their board members have been transformed into strong owners of planned change who can be depended on for essential political backing and financial support.  And fourth, these seven Creators-in-Chief have never stood above the fray.  Knowing how the inevitable human resistance to change can all too easily torpedo beautifully crafted change initiatives, all seven have paid meticulous attention to the detailed work of implementation – getting immersed in the nitty-gritty rather than looking down from on high.

Note that I haven’t said anything about the role of genius in creative change.  The leaders I’ve cited are obviously extremely bright, and perhaps there’s one or more geniuses in the group, but the point is that serving as your organization’s Creator-in-Chief doesn’t require genius.  What it does require is being open to the possibilities for change, applying a well-designed, change-friendly planning process, working in close partnership with the board, and being willing to jump into the trench to protect planned change from the powerful allure of comfort and safety.