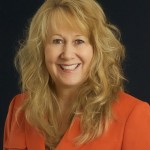 Sue Buchholtz, then President & CEO of The Spring, a nonprofit serving victims of domestic violence, made a vivid impression when I first met her in early 2002, shortly after my wife Barbara and I had relocated to Tampa Bay from the Dallas area. Sue was participating in a roundtable of nonprofit CEOs I’d assembled to advise me on the general outline of a book I was writing, Extraordinary Board Leadership.  I was struck by how substantive and insightful Sue’s comments were, and I remember thinking to myself:  “This Sue Buchholtz is one of the board-savviest CEOs I’ve ever come across.”

Working closely with Sue in the years since our first meeting, as she has taken the helm at two nonprofits serving individuals with developmental disabilities – PARC and now Evergreen Life Services – I’ve learned that in addition to being a consummate board-CEO partnership builder, Sue is a passionate leader of change – a stellar example of what I call in a later book the “change-savvy innovator-in-chief.” So it came as no surprise to me when Sue emerged as a fervent advocate for – and national leader in – the so-called “social enterprise” movement that has been spreading rapidly in the nonprofit sector in response to the pressing need to generate new, unrestricted revenue streams.