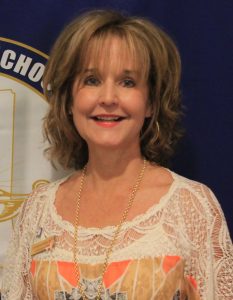 The Aspiring Superintendents Academy of the Mississippi Association of School Administrators is off to a great start, as Lisa Karmacharya, MASA Executive director, explains in the podcast she recorded for this blog a couple of weeks ago.  You’ll find really interesting nuts and bolts detail about the origins of the MASA Academy, how it operates,  and the first-year results.  Lisa also reflects on how she has found heading a state professional association quite different from serving as a superintendent.

In this regard, you’ll find the following article of interest; it originally appeared at this blog in June 2016, in connection with the program on board-superintendent relations that I presented at the Aspiring Superintendents Academy of the Minnesota Association of School Administrators.

The same year the superintendent of a large urban school district was named “Superintendent of the Year” by her state association and was also a finalist for the same award from AASA, she was fired without cause by her school board, despite having taken the lead in obtaining a huge Gates Foundation grant for her district, building a highly positive and productive working relationship with the faculty union, and boosting district educational performance.

I told this story early in the “board-savvy superintendent” workshop I conducted in St. Paul on May 20 for participants in the Aspiring Superintendents’ Academy of the Minnesota Association of School Administrators. I went on to say that, over the course of my 25 years of work with superintendents and their boards, for every superintendent I’d seen lose his job because of serious district performance shortfalls, I’ve seen at least 10 sent packing because they failed to build a solid relationship with their board. My point was that it would be incredibly naïve – and dangerous to one’s career – to assume that district performance is the preeminent factor in determining the health of the board-superintendent working relationship. Really board-savvy superintendents well know this, which is why they pay meticulous attention to the relationship, treating it as a top-tier chief executive priority, rather than merely an irritating side-issue.

This can be a tall order since the school board-superintendent relationship is notoriously fragile. We discussed three primary reasons on May 20: board members’ loyalty to the constituents voting for them, at the expense of strong board cohesion; a combustible cast of governing characters at the top – high-achieving, demanding people with robust egos; and the complex, high-stakes issues that make it to the board room. Keeping this fragile relationship healthy requires that superintendents play the role of “Chief Governing Relationship Manager” with gusto, paying close attention to a number of tactics we discussed on May 20, such as: turning the board president/chair into a real partner by, for example, helping her succeed in leading board deliberations; making sure board members derive reasonable ego satisfaction from their governing work, for example, by recognizing them in district publications; and communicating frequently and candidly with board members so they’re seldom if ever caught off guard by district developments.

These tactics might seem pretty obvious to you, but to judge from what the superintendents of the future participating in the MASA workshop said, they hadn’t learned the tactics we were discussing on the job, rising through the ranks in their district. And – amazingly and ironically, in light of the critical importance of the board-superintendent relationship – the great majority of the May 20 workshop participants hadn’t had a class in graduate school focusing on board-superintendent relations.

Talking about sending superintendents into the fray poorly equipped! No wonder so many have found the governing arena a dangerous place to be.

By the way, I want to thank Gary Amoroso, MASA Executive Director, and Mia Urick, MASA Director of Professional Learning, for making me so welcome in St. Paul and providing me the opportunity to spend intensive time with such an outstanding group of superintendents of the future.