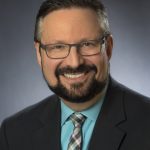 There’s wide agreement in the for-profit sector that CEOs should be actively engaged in the external arena – building their enterprises’ image and maintaining relationships with key stakeholders.  In fact, many for-profit CEOs have testified that they routinely spend more than 50 percent of their time dealing with external matters, which is one of the most important reasons why the CEO-COO (chief operating officer) structure is so widely employed.  If you’re committed to being your organization’s Ms. Outside, then it makes good sense to put a Mr. Inside in place to ensure that the shop runs smoothly in your absence.

In recent years, I’ve seen a growing number of public transit CEOs turning their attention to the external environment.  They routinely accept speaking engagements, publicly respond to crises (such as a bus-car collision) that could tarnish the authority’s image, and step in to repair a badly frayed relationship with a critical stakeholder like the county commissioners, etc.  While important, this kind of external CEO engagement has tended, in my experience, to be largely ad hoc, rather than being carried out within the framework of a well thought out CEO strategy.

Jeff Arndt, President and CEO of VIA Metropolitan Transit (San Antonio) is a notable exception to this rule.  Wearing what we might call the “Connecter-in-Chief” hat, Jeff is one of a new breed of transit CEOs whose external engagement is systematic and proactive rather than episodic and reactive.  His work in the external arena is  guided by clear chief executive priorities that have been thoroughly reviewed with his Board of Directors and is meticulously planned.   Jeff’s membership on a number of important boards in the San Antonio metro area is the result of an explicit strategy; his speaking engagements reflect VIA priorities; and the time he invests in maintaining relationships with key stakeholder organizations relates directly to the stakes involved in each relationship.

The podcast that Jeff recently recorded for this blog provides us an illuminating case of the Connecter-in-Chief in action.  Jeff tells how he played a leading role, with strong support from his Board – and especially his Board Chair, Hope Andrade – in developing a close, mutually beneficial working relationship with the City of San Antonio, one of VIA’s preeminent stakeholders.  VIA’s investment in building a close working relationship with the City has already generated a handsome return:  the City’s appropriation of $10 million for VIA to increase service frequency on selected bus routes.  This is the kind of win-win case that Connecters-in-Chief love:  VIA’s funding and scope of services expand while City residents’ quality of life is enhanced.

The Connecter-in-Chief hat fits Jeff to a T, so his assumption of the external role when he took the helm at VIA was angst-free despite his civil engineering degree and heavy operational experience.  Not all of you who aspire to fill the top spot in a transit authority can expect such a smooth, struggle-free transition.  However, since the CEO is the only staff member who can wear the Connecter-in-Chief hat, and no board member could muster the time to play the role to the hilt, if you have to struggle to fill the role, that’s the price you must pay to be a full-fledged chief executive officer.