Your CEO Mindset is Key to Successfully Partnering With Your Board 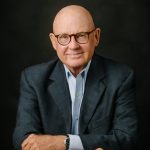 A staple of my one-on-one governance coaching sessions with economic and community development CEOs in recent years has been the critical role that what I call “Mindset” plays in building and maintaining a close, positive, productive and enduring board-CEO partnership.  What am I talking about?  In a nutshell, Mindset is how you, as your organization’s chief executive officer, picture yourself vis a vis your board.  Experience has taught me that if you bring the wrong Mindset to the relationship with your board, it probably won’t matter what other partnership building steps you take (for example, reaching agreement with board members on guidelines for your communication with the board).  The relationship with your board will be in jeopardy.

To take a negative example, over the years I’ve frequently encountered what I think of as the “We-They” Mindset.  Actually, it has proved to be so deadly from a relationship building perspective that it might be seen as a syndrome.  A CEO embracing the We-They syndrome sees herself as essentially representing the employees and executive team (making up, with the CEO, the We) to the They:  the board.  The syndrome is even deadlier when the CEO goes beyond the notion of representation to protection:  seeing one of her preeminent responsibilities as defending her We partners from the (to her) clear and present danger of board – the They – “micro-management.”

The problem with this negative Mindset is that it tends to prevent the CEO from seeing the governing function from the perspective of board members.  Hence, the CEO won’t fully understand the needs that board members bring to the governing arena that the CEO is in a position to satisfy.  For example, the great majority of board members I’ve worked with over the past 35 years have wanted to feel like satisfied owners of their governing decisions and judgments; to experience ego satisfaction; and the like.  All too many  CEOs, in my experience, are so busy playing defense they fail to take the offense in fashioning and executing offensive partnership building strategies.

I’ve learned that economic and community development CEOs who bring the right Mindset to the work with their board tend to build positive and productive partnerships with real staying power.  These truly “board-savvy”  CEOs see themselves as: