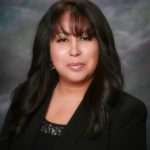 Not long ago I spent three hours with the governance committee (including the chief executive) of the board of a large senior services nonprofit, sitting as the board’s nominating committee. Faced with six vacant board seats to fill six months hence, committee members were taking the first critical step in the process: updating the profile of desirable board member attributes and qualifications that they’d be using in identifying and assessing candidates to fill the six openings. This is, as our readers no doubt know, one of the most important responsibilities of the self-appointing boards that predominate in the nonprofit sector. By the time the nominating committee adjourned, their updated profile included such attributes and qualifications as “a track record of successful service on other nonprofit boards,” “a passionate commitment to our organization’s mission,” “willing and able to devote the time required for in-depth engagement in governing work,” “a proven team player with a collegial style,” “ties to key stakeholder organizations such as major hospitals,” and “entrepreneurial experience,” among several other items. Of course, no single candidate could possibly be a perfect match with all the items in the profile, but history had proven that they could come pretty close.

There’s no question that the chief executives of self-appointing boards like the one in the foregoing example have a leg-up on public transit CEOs in building a solid working relationship with their board – as a result of being able to directly shape their boards’ composition, as Dave Stackrow and I observe in the first chapter of our forthcoming book on public transit governance, “Becoming Your Board’s Chief Governing Partner.” But as Aurora Jackson, General Manager of the Lane Transit District (Eugene, Oregon), demonstrates in the podcast she recorded for this blog last week, if you wear what Dave and I call in our book the “Chief Governing Relationship Manager” hat with real gusto, you can foster a really close productive, and enduring partnership with your board members.

As you’ll learn from her podcast, “A.J.” begins the relationship building process even before the Governor has finalized appointments to her Board, meeting one-on-one with everyone who has applied for an open seat, getting to know them in terms of their attitudes, knowledge of public transit, the issues they’re concerned about, expectations, experience, and the like, and also familiarizing them with the District’s services and finances and her CEO leadership goals. A.J. also makes a hefty commitment to ongoing informal communication with her Board members, through regular one-on-one meetings and “coffee klatches” involving two or three Board members.

Interviewing A.J. for the podcast, I was interested to learn that she’s deviated in the on-boarding process from the traditional approach of burying board members with a ton of information on every facet of her District’s operation over the course of a marathon four or five-hour session. Instead, A.J. focuses on her Board’s governing role, structure, and processes and on the issues deserving serious board attention in a much more manageable two-hour orientation. By making a serious effort to help new Board members hit the ground running, A.J. demonstrates that she really cares about the quality of her Board members’ governing experience – another relationship cementer.