Board-Savvy CEOs Avoid Falling Into the Board Self-Assessment Trap 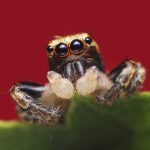 I received an email promo last week from a national nonprofit ballyhooing its board self-assessment “tool,” which reminded me of a true story that goes back around four years. The president & CEO of a large nonprofit development corporation called me to get my feedback on a dilemma he found himself in.  He’d retained one of those local nonprofit leadership centers that have sprung up around the country in recent years to help design and carry out a board capacity building initiative that he saw as badly needed.  He’d sought help, he said, because he’d grown increasingly worried about the pretty obvious “passive-reactive” role the board was playing.  Board members weren’t complaining, he explained; on the contrary, they were publicly supportive and generous with their praise of his leadership.  But he had a “gut” feel that board members didn’t feel much ownership of their governing decisions because they weren’t really engaged in any meaningful way in shaping them, and this left him way out on the proverbial limb, feeling insecure and at-risk.  “They’re happy campers now, when things are going well,” he observed, but what about when the inevitable crisis happened?  All fingers would point to him, he said, board members’ love and affection would dry up overnight, and the limb he was on would be sawed off.

Telling the CEO I thought he’d been smart to get a board development process underway, I asked how it was going. “Terrible,” was his terse response. It turns out that the center he’d turned to for help had insisted that the indispensable first step in the capacity building process was administering a board “self-assessment” questionnaire, which would generate a set of governance issues that the improvement effort could focus on.  The CEO had his doubts, but went along grudgingly.  The results had come the week before he contacted me, and he was appalled.  The great majority of board members had ranked themselves very highly in terms of “policy making,” were pleased with the staff support they’d been receiving, and assessed the board-CEO partnership as “really firm.”  There were a number of relatively minor league quibbles, the CEO said – for example, that the board packet should include an executive summary and should be transmitted earlier, that committee report format needed tweaking, and that new board member orientation should be beefed up.  But the “biggies” he was really worried about hadn’t come up.  He knew that board members weren’t engaged enough in shaping critical strategic decisions or the annual budget document to feel like real owners, and even though they signed off on the quarterly financial report, it was obvious most board members hadn’t really mastered the details.  “What can I do at this point?” he wondered.  My response:  start over and make sure you design the process to surface the really critical governance issues that have to be addressed to keep your relationship with the board from eroding.

This true story had a happy ending. This CEO was able to sever his contract with the center and start over on the right tack.  However, the story is a cautionary tale that I hope all CEOs take to heart.  Beware of asking your board members to assess their own governing performance as a tool to surface important issues.  Such self-assessments are invariably highly subjective, dealing with feelings rather than objective reality, and they tend to be self-congratulatory.  Why?  The reason is pretty simple.  Being volunteers with extremely busy lives, board members can’t be expected to keep up with developments in the highly complex, rapidly changing field of public and nonprofit governance.  They can’t be expected to be familiar with best practices that they can use to assess governing performance.  What they can do is tell you how they feel about what they’re doing in the governing arena, and that isn’t good enough.  In fact, it can be downright dangerous when your governance improvement initiative fails to deal with the really serious issues that board members don’t fully understand and can’t articulate.  This is the classic CEO dilemma in the board capacity building arena:  taking the blame for not doing what your board couldn’t tell you to do in the first place.