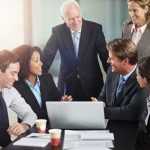 Hundreds of interviews with transportation board members over the years have taught me a valuable lesson.  Board members who take pride in their boards – and in their governing work – make more reliable partners for the CEO – the kind who’ll back you up when the you-know-what hits the proverbial fan, as it always eventually does.  And I’ve also learned that getting board members formally involved in managing their own governing performance is a sure-fire way to boost their self-esteem.

The December 2, 2015 post at this blog, “Strengthening Your Board’s Performance Management Is a Wise Investment,” tells how Alex Clifford and his Board at Santa Cruz METRO got the ball rolling at a daylong retreat, where a breakout group brainstormed board member targets and standards that might be used in measuring the Board’s governing performance.  That article describes the return that METRO and other public transportation authorities around the country are realizing from their investment in board performance management, in terms of heightened governing impact, a more cohesive board culture, and a stronger public image.

These are three compelling reasons for you to take the lead in getting your board involved in managing its own governing performance, but don’t forget the 4th major reason:  board members’ self-esteem.  The high-achieving people on public transportation boards have made it to the boardroom by setting – and hitting – performance targets.  Not only are they comfortable with rigorous self-monitoring and assessment, they take pride in serving on a board that manages its performance as a governing body.  And, by the way, people have told me in countless interviews that being on a board that doesn’t pay attention to its performance is one of the best ways to erode board members’ esprit de corps, reduce their commitment – and eventually erode the always fragile board-CEO partnership.

So, if you’re a really board-savvy CEO, you’ll follow the example of Alex Clifford and many other CEOs around the country and take the lead in getting your board members involved in beefing up their self-management capacity.