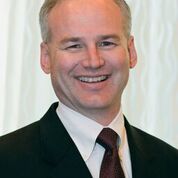 The most recent podcast in this blog’s ongoing series on building solid board-CEO partnerships features my interview with Board Chair Dr. Brent Larson and new Executive Director Lynne Thomas Gordon of the American Association of Orthodontists.  Interviewing Brent and Lynne, I was struck by the meticulous attention Brent and his AAO Board colleagues paid to thinking through precisely what qualities AAO needed in a new Executive Director before beginning the process that resulted in Lynne’s selection.  Having recently updated the AAO strategic plan, the AAO Board instructed their search firm to look for candidates who were, in Brent’s words, “forward thinking,”  “energetic,” “strategically-oriented,” and “diplomatic,” among other qualities.  They also decided they needed a person who would bring fresh perspectives to the job, so they consciously looked for someone outside the field of orthodontics who had not come up through the ranks at AAO.  You might recall that the board of the Central Ohio Transit Authority reached the same conclusion in launching the CEO search that Board Chair Trudy Bartley and CEO Joanna Pinkerton describe in the podcast we featured in an earlier post at this blog (https://www.dougeadie.com/cotas-board-chair-and-ceo-talk-about-breaking-the-traditional-ceo-mold/).

Brent and Lynne go on to describe the steps they’ve taken to ensure that the AAO Board-Executive Director partnership is positive, productive, and enduring over the long run.  Your nonprofit organization can expect to pay a high price for failing to develop a close, positive board-CEO partnership or for allowing it to deteriorate.  For one thing, time will increasingly be spent bickering about minor matters, which will consume precious time that might otherwise be devoted to dealing with truly strategic questions that are at the heart of long-term organizational health.  The strategic agenda requires intensive, sustained attention at the top, and inadequate attention to the strategic issues in today’s rambunctious, often threatening world can leave your nonprofit vulnerable to incursions from competitive organizations, and is almost certain to impede your nonprofit’s efforts to grow, and might even threaten its very survival.  I saw this happen to a nonprofit hospital.  It desperately needed to focus on finding partners in a rapidly consolidating health care industry, but a fractured board-CEO partnership meant that too little serious attention was paid to alliance building.  The Strategic Governing Team’s “fiddling while Rome burned” seriously damaged the hospital’s long-term position in the health care market.

In addition to the strategic price in terms of missed growth opportunities and loss of ground to competitors, a dysfunctional board-CEO relationship can damage the operational management of your nonprofit.  For example, important operational matters requiring board action that would normally be dealt with routinely by the board (for example, procurement actions on a public transit board agenda or faculty contracts on a community college board agenda) can suddenly take twice the time, as board members (being normal human beings) vent their frustration by nit picking items to death.  A preoccupied CEO will have less time to work with his or her management team in resolving operational matters, which will accordingly suffer, and operational management is also likely to suffer from declining staff morale if the situation drags on very long.

An eroding board-CEO relationship can also attract public attention, raising the specter of your nonprofit’s image and reputation being seriously damaged.  I saw this happen to a community college, whose president grew increasingly estranged from a very strong board chair, and eventually from the majority on the board.  Angry exchanges in the board room were widely reported in the local media, seriously tarnishing the once-stellar reputation of the institution, and making voters more reluctant to approve tax levies that had once passed routinely by large margins.

Since boards are highly unlikely to fire themselves because of a ruptured relationship with their CEO, the inevitable victim of the dysfunctional relationship will be the CEO, unless major repairs are made in time.  Losing your nonprofit’s CEO is one of the highest costs of all.  The investment of time and energy that the board has made in working with the now-departed CEO will have gone for naught.  Public attention to the rupture is very likely to tarnish your nonprofit’s image, perhaps making it a less attractive joint-venture partner, a less desirable grant recipient, and even less of a magnet to attract senior-level staff and volunteers.  During the interregnum, of course, key strategies are likely to suffer from the absence of CEO direction, and anxious, insecure staff members will very likely be less effective at their jobs.  Add to this the high cost in time and money of going through another CEO search process and building a whole new relationship, and you can see the tremendous value of maintaining a positive board-CEO partnership.

The foregoing discussion of the price you can pay for letting your board-CEO working relationship erode is adapted from Chapter 7 of my book Extraordinary Board Leadership:  the Keys to High-Impact Governing (second edition, Jones and Bartlett Publishers, 2009).