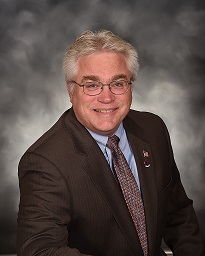 By virtue of his or her highly visible and influential position as “CEO” of the board, a chair can . . .play a leading role in educating board colleagues on advances in the field of transit governance and building their appetite for board capacity building;  champion the cause of board development, cooperating with the CEO in leading the process of updating the board’s governing role, structure, and processes; help to facilitate board-CEO interaction, fostering mutual understanding; and support the CEO’s executive leadership initiatives both internally and in the wider community.

This excerpt from Chapter Three of my and David Stackrow’s new book, Building a Solid Board-CEO Partnership:  A Practical Guidebook for Transit Board Members, CEOs, and CEO-Aspirants, makes the case for transit CEOs to devote significant time and attention to building a close partnership with their board chairs.  It also describes Dave Stackrow to a T, as I well know, having worked closely with Dave on three board capacity building projects over 15 years when he was Chair of the Board of the Capital District Transportation Authority (CDTA, Albany, New York).  Observing Dave carrying out his Board leadership responsibilities at CDTA, I was struck by his firm commitment to the success of every one of the four CEOs he worked with, as he attests in the podcast he recently recorded for this blog.  Although a highly capable, ambitious Board Chair aspiring to leave an imprint on CDTA, Dave never – not once, in my experience, competed – or interfered – with any of  his CEO partners.  I heard him on more than one occasion say that, as CDTA’s Chair, he was a member, with the CEO, of the authority’s “Strategic Governing Team,” and this wasn’t mere rhetoric; Dave really did walk this talk.

Early in his affiliation with the CDTA Board, Dave brought his formidable leadership skills, collaborative style, and impressive work ethic to the national stage, becoming extraordinarily active in APTA affairs, as he recounts in his recent podcast.  Over the past several months Dave has taken his national leadership to the next level. Chairing the APTA Board of Directors and  co-authoring the only comprehensive book on the transit board-CEO partnership, Dave has moved beyond policy-making to fundamentally shaping the field of transit governance.  He is, indeed, a Transit Volunteer Extraordinaire.