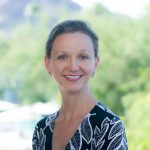 This “Greatest Hit” originally appeared at www.extraordinaryceo.com on January 29,2001.  It features my video interview with Sheree Anne Kelly, President and Chief Executive Officer of the Association of Chamber of Commerce Executives (ACCE).  Sheree Anne recognizes that the most effective governing boards pay close attention to shaping their composition.  On her watch, the ACCE Board has become significantly more diverse, a robust self-nomination process has been put in place, and a dynamic pipeline of prospective Board members has been built,

As our readers know, governing is essentially a people business.  Far from being an abstract concept, governing boards are essentially the people serving on them, and governing is a low-tech, people-intensive “production” process requiring only minimal capital investment to make it work well.  The people on your board are its most precious governing asset, and, therefore, developing the board as a human resource is one of the most powerful paths you can take to high-impact governing.  This is why virtually every board governance improvement retreat I facilitate includes a breakout group charged to brainstorm the desirable qualifications and attributes  of candidates  for the organization’s board.

Enriching the composition of the Board of Directors of the Association of Chamber of Commerce Executives (ACCE) is the subject of the interview I recently recorded with Sheree Anne Kelly, ACCE’s President and Chief Executive Officer.  On Sheree Anne’s watch, the ACCE Board has become significantly more diverse, a robust self-nomination process has been put in place, and a dynamic pipeline of prospective Board members has been built, as you’ll learn from the video you’ll find at the end of this post.

The people on your board are a rich, multifaceted resource that can yield a powerful return on your investment of time and money in their development, and the price of not paying enough attention to getting the right people and systematically developing them can be high.  The intelligence, experience, knowledge, expertise, and commitment that they bring to your board are an invaluable resource in making the complex, high-stakes decisions that are the board’s preeminent governing product.  In today’s rapidly changing, always challenging and frequently threatening environment, making the right strategic decisions in a timely fashion is hardly an academic matter; it can determine whether your economic development organization survives and thrives, or whether it stagnates, shrinks, or even goes out of business.

Your board members’ connections with the wider world outside of your EDO are also a rich asset, bringing to their governing work not only critical intelligence on developments in the external world, but also opportunities for joint venturing and other alliances and for expanding your nonprofit’s political influence.  In many sectors these days, including economic development, bigger is quite often better, and attempting to go it alone would be an exceedingly risky course of action.

And your board members are also symbolically important by virtue of who they are and how they are seen by the world around your EDO.  Good works seldom speak for themselves, and image is consequently one of your organization’s blue chip assets.  Your board members’ status in your community or – in the case of a national association – in your industry or profession, can play a powerful role in shaping your organization’s image and reputation, helping to fix in people’s minds its position in the hierarchy of organizations (a heavy hitter, a force to contend with, or a lesser light?).  By their diversity – in terms of sectors represented, race, and gender – they signal to the wider world the extent of your organization’s openness and commitment to inclusiveness.  And by their behavior on and off the board, your board members send messages to the wider world about your  EDO’s values and its ethical framework.