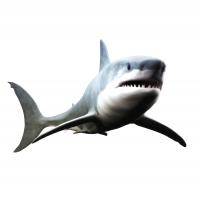 We need help!” Those are the first words I heard when I finally connected by phone with the board chair and CEO of an international professional association who’d requested a few minutes of my time. “So tell me what’s up,” I responded. They explained that a little over a year ago their association had completed the process of updating the board’s policy manual. With the assistance of a consultant and under the oversight of the board’s ad hoc “Policy Update Task Force,” they’d gone through an intensive – and expensive – process of reviewing and updating important association “rules of the game” that merited the board’s attention. The updated policy manual, weighing in at nearly 5 pounds, covered such important processes as contracting, financial and human resource management, budgeting, etc., and also spelled out the boundaries separating the board’s and CEO’s responsibilities (for example, how large an expenditure the CEO could authorize without needing board approval).

Observing that it sounded like they’d accomplished a really important task, since all nonprofits need clear rules if they’re to function effectively, I asked how things were going. “Terrible,” was the response. The chair and CEO went on to explain that a major goal of the policy update initiative – to put a stop to the board micro-managing that had been driving the CEO and her top lieutenants crazy – had been accomplished. For example, board members weren’t any longer digging into detailed line-item administrative costs, such as travel and management-level salaries, as part of the budget review process. But, they explained, even after they’d succeeded in getting the board out of the weeds and more focused on “ends” and less on “means,” board members had steadily grown more dissatisfied with their governing work, and the board-CEO working relationship had dangerously frayed. Indeed, the CEO confided that she felt her job was in serious jeopardy and that she’d have to update her resume if things continued to deteriorate.

This is a classic case of a nonprofit falling victim to an erroneous – and quite dangerous – assumption, a nugget of conventional wisdom I hear all the time when I’m interviewing board members before retreats: that the board’s governing work is essentially something called “policy-making.” What’s dangerous about this fallacious assumption is that it can keep board members and the CEO from paying sufficient attention to important facets of the governing function that are critical to a healthy board-CEO relationship. In its full glory, governing is a highly complex set of processes for engaging board members in making high-stakes decisions and judgments, such as a adopting a set of strategic goals or the annual budget. And experience has taught that involving board members in shaping governing “products” such as a new strategic goals statement is a sure-fire way to foster greater board member satisfaction, which is essential for maintaining a solid board-CEO partnership. A formal policy stating that the board is responsible for adopting strategic goals deals with the What question (What is the board responsible for?), which is important but less than half the governing story. Building board member satisfaction through meaningful involvement in shaping the goals statement before the board acts addresses the equally important How question, which is the recipe for satisfied board members and a healthy board-CEO relationship.

So, is governing simply policy-making? Not even close!