Strengthening Your Board’s Performance Management Is a Wise Investment 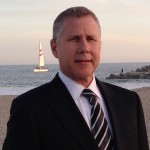 In early October CEO Alex Clifford and his Board at Santa Cruz Metro spent a half day together discussing developments in the rapidly changing field of public transportation governance and brainstorming practical ways to transform an already good board into an even higher-impact governing body. One of the six breakout groups that generated content during the session (three groups meeting concurrently in each of two rounds) brainstormed targets and standards that Board members should hold themselves accountable for meeting, for example: attending Board meetings; being well-prepared for meetings; actively engaging in discussion. Their plan is to follow-through on the brainstorming by refining and fleshing out the list of targets and using them in monitoring Board members’ governing performance.

Alex and the METRO Board have joined a growing number of public transportation authorities around the country that are taking board performance management very seriously. This very wise investment is yielding a powerful return in terms of:

By the way, really board-savvy CEOs like Alex Clifford in Santa Cruz are keenly aware that board members will feel like owners of their governing targets and take monitoring their governing performance seriously only if they have played a meaningful role in developing their own targets. Of course, this is what happened at the METRO work session last October.