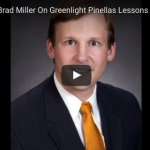 Jeff Thomson has been tremendously successful and has found deep satisfaction as President and CEO of IMA (the Association of Accountants and Financial Executives) after twenty-plus years as a corporate executive at A T & T, where his posts included CFO for an $18 billion revenue operation. Among other honors, since taking the helm at
Read More